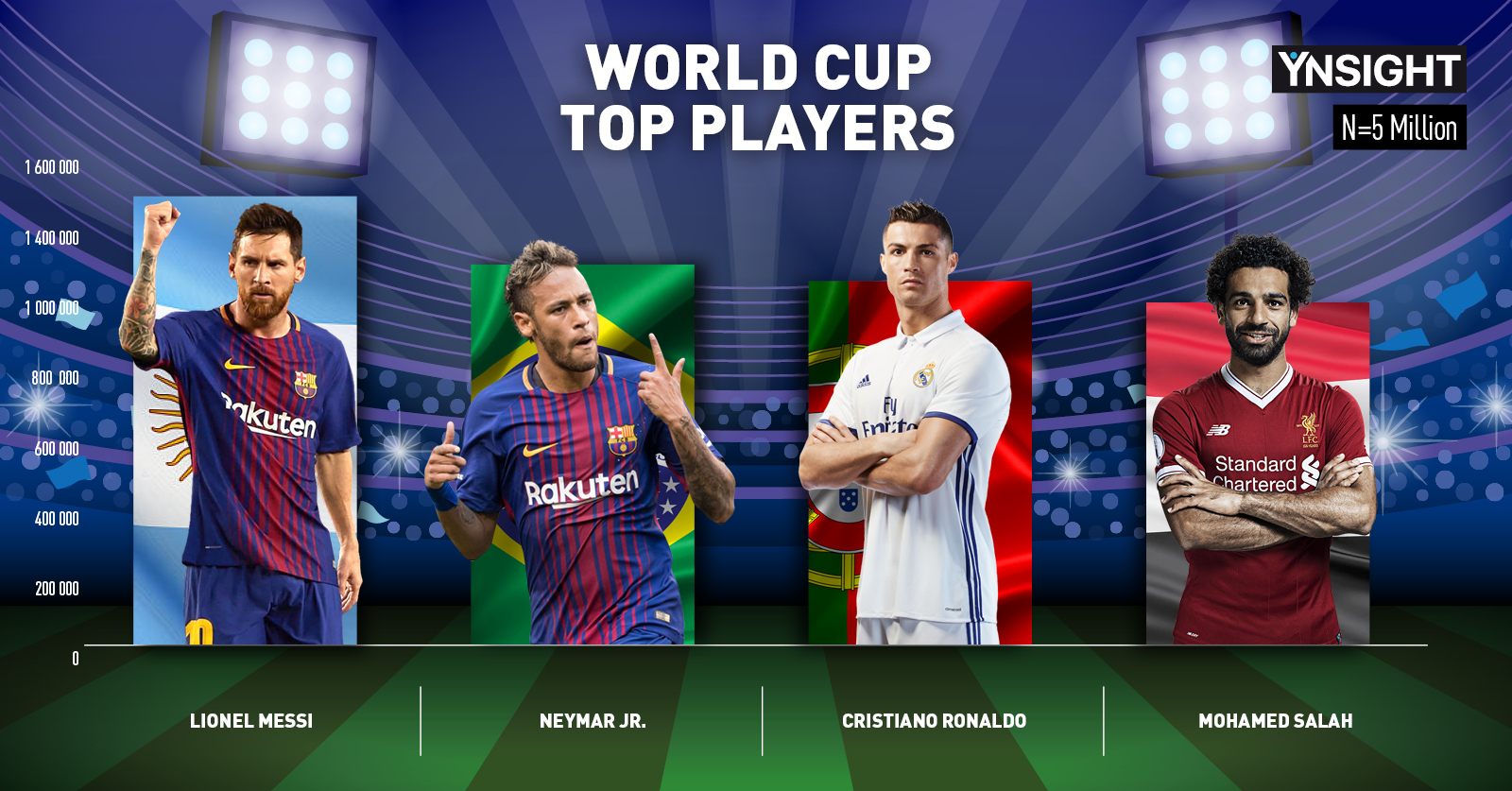 The World Cup finally kicked off yesterday in Russia with the host country’s big 5–0 victory over Saudi Arabia. While the match was exciting, it did not feature any of the household names the world loves to watch play on the game’s biggest stage. Several football mega stars, however, will be on the field today as Egypt takes on Uruguay and Portugal takes on Spain. We’ll have to wait until tomorrow to see how Messi lead his Argentinian team in a tournament that he has never won.

Today, we took a look at which of the sport’s mega stars have been talked about the most in the past week leading up to the tournament. While three of the names (Messi, Ronaldo and Neymar) should be familiar to nearly every human with two eyes and two ears, the fourth (that of Mohamed Salah) might be viewed as a new comer. After having a breakout year with his first season on Liverpool, Salah is quickly becoming a household name. In fact, he was talked about only 30K fewer times than Ronaldo in the last week.

Salah’s rise can undoubtedly be attributed to his stellar play, leading the Premier League in scoring. While we also talked about how his shoulder injury in last month Champion League’s Final could have contributed to his notoriety, The Guardian UK published an article yesterday about how “Salah’s magic has transcended the pitch,” putting him into a position to unite an oft-divided Egypt.