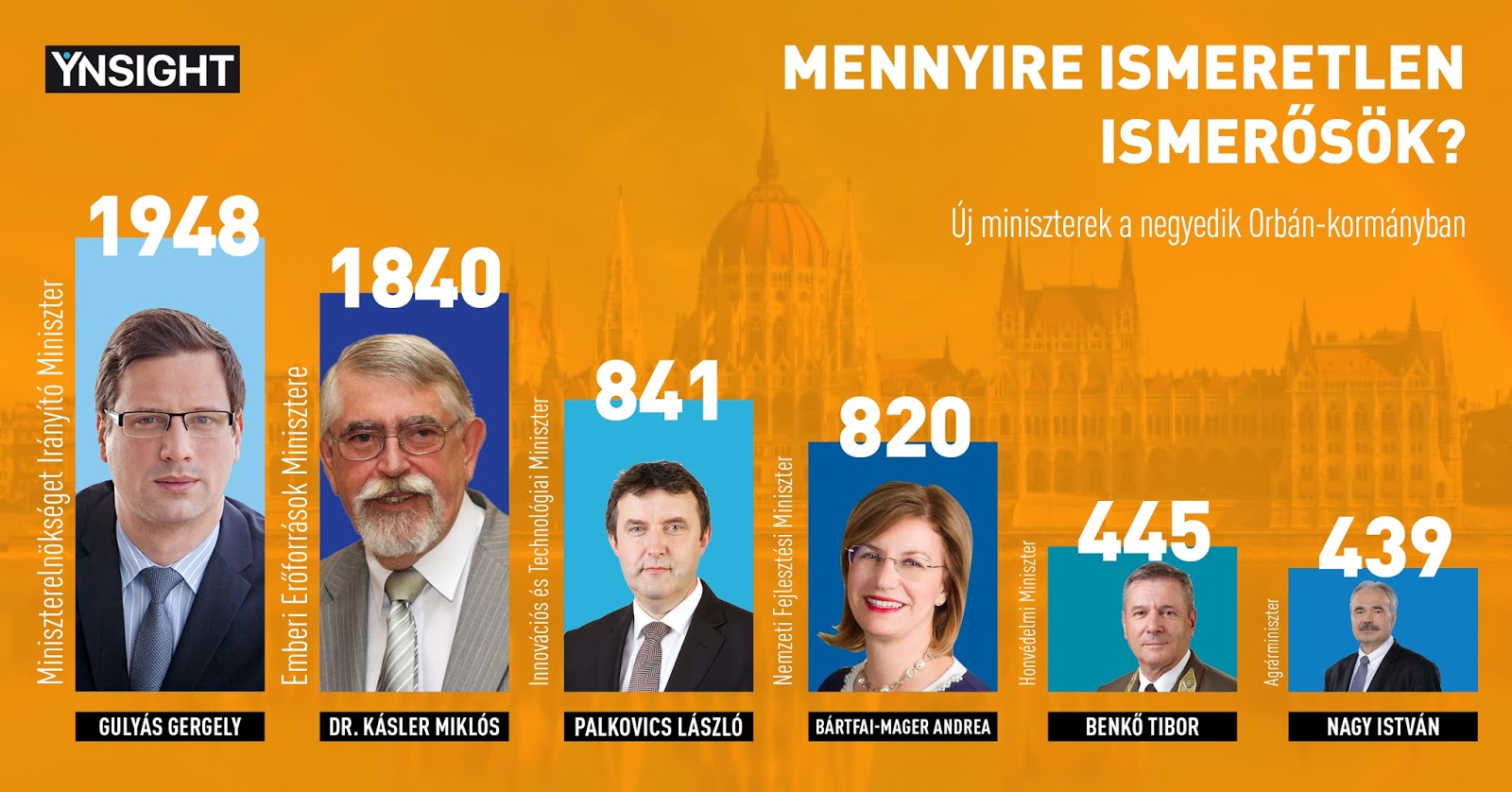 The new National Assembly of Hungary held its inaugural meeting on May 8th, marking the official beginning of the new government. The Hungarian press has been dissecting the potential members of the new cabinet, but how much is the average Hungarian interested in the newcomers?

Gergely Gulyás is the first leading Fidesz politician for a long time to gain a new role in the government. Receiving the most online mentions, he assumes a powerful role, heading the recently downsized Ministry of the Prime Minister. The second most talked about was Miklós Kásler, the new leader of Ministry of Human Capacities, which is responsible for policies of healthcare, education, culture, social issues, and sports and many more fields. It’s notable that he was not consistently discussed. Rather, he became a hot topic after his potential nomination as a minister was leaked. Gulyás and Kásler together hogged the online attention, being mentioned 33% more than all of the other new ministers combined. This was despite the fact that two of the further new members were state secretaries in the last government, and the only female nominated, Andrea Bártfai-Máger, has held various leading positions in state-owned companies and institutions.